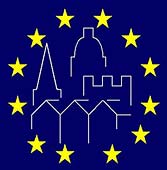 THE EUROPEAN DAYS OF CULTURAL HERITAGE were formally adopted as a European program by the Council of Europe in 1991 and supported by the Commission of the European Union. From 1994 to 2000, the International Steering Committee had the Foundation “roi Baudouin” in Brussels, and since 2001 it has been replaced by the Centro National da Cultura in Portugal.
Greece has been participating in the program since 1994. Each participating country has its own coordinating body. In 2002, 47 European regions participated, all of them members of the European Cultural Convention. The rationale for the program is summarized in the slogan “Europe, a common heritage”, that is, to seek our collective memory as European citizens through the promotion of the peculiarities of every people.
The purpose of the program is to realize the awareness of the common European identity at a cultural, social, political and economic level, the redefinition of our relationship with the past, the acquaintance and familiarity with the Other, as well as raising public awareness of the protection of cultural heritage through cooperation between public and private bodies and volunteer organizations.
The European Days of Cultural Heritage are dedicated to their monuments and their preservation and aspire to sensitize citizens on issues of cultural heritage protection. Each year, on a weekend in September, monuments, museums and archaeological sites are opened. Concerts, festivals, exhibitions, guided tours, educational activities, prints, movie screenings, representations give visitors the opportunity to get in touch with the monuments in more direct, pleasant and entertaining ways.
For Greece, the European Days of Cultural Heritage is set on the last weekend of September. Museums, archaeological sites and monuments, preferably those that are closed to the public.

With a presidential decree in 1996, the Ministry of Culture allows free entrance to the museums and archaeological sites all over the country at the weekend of the celebration. Friday is dedicated to the school audience.