The Historical Archive – Museum of Hydra, awarded the artistic works of the students of the island who took part in the Contest entitled “Creative expressions of the children of Hydra” with personal stamps of ELTA.
Within the framework of the friendship between the two islands and their museums, which has begun with the best prospects, the Maritime Museum of Crete was represented by its Chairman Mr. Petrakis Manolis, Commodore HN. ret. on the beautiful island of Hydra.

The participation of our Museum was filled with joy, and even the Chairman of the Maritime Museum of Crete moved a proposal by the Deputy Mayor of Chania to organize other events together and also for a possible twinning of the two Municipalities.
All children took envelopes with stamps (about 165) again with the courtesy of Mr. Polykarpos Apostolakis member of our Museum. 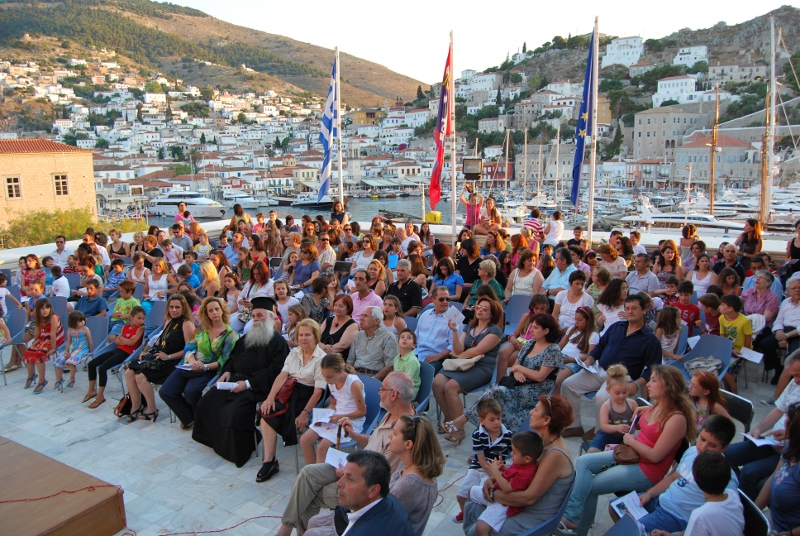 The event as well as the hospitality of the island of Hydra was excellent and we are completely satisfied because these two parties have demonstrated that a strong friendship has begun with philately. We appreciate that such efforts can only have a very positive impact on all of us.