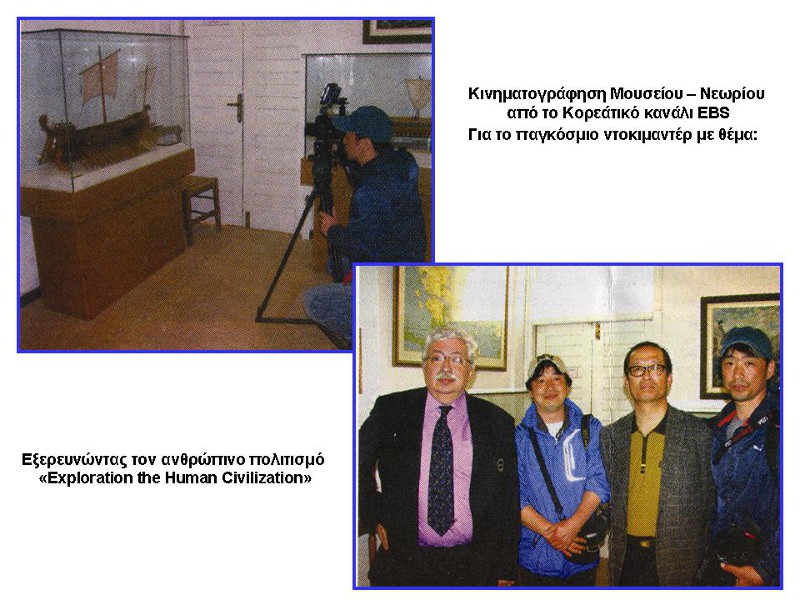 March 29, 2011: Museum and the Shipyard Moro was filmed from the Korean Channel EBS, which creates a world documentary entitled “Exploring Human Culture. “Exploration the Human Civilization”. They have filmed in the most important archaeological sites of the world, including the Acropolis with its Museum, Delphi-Mycenae-Knossos and our Museum, knowing about the quality of our ships’ models and the existence of the Minoan ship. This documentary will be screened in Korea-Japan-USA and will also send us a copy for a similar projection.