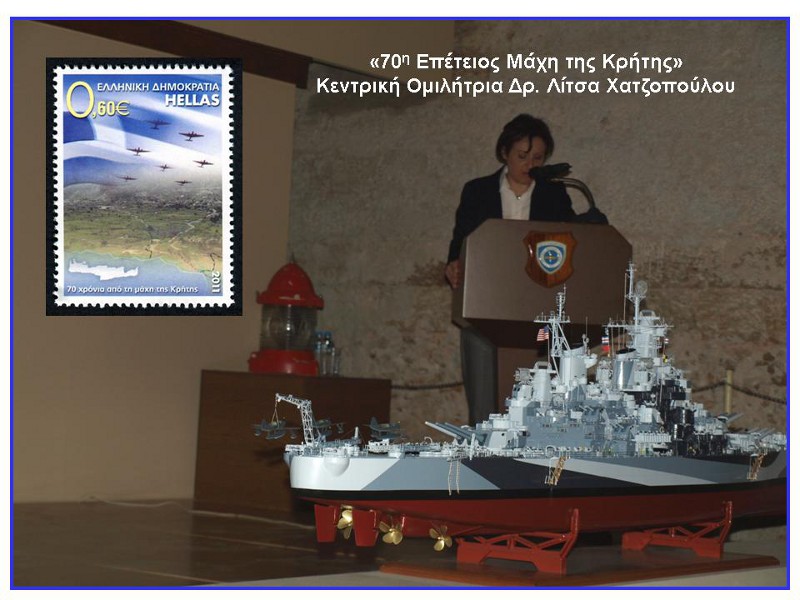 May 15: (Neorio MORO) in the framework of the celebration of the 70th anniversary of the Battle of Crete in collaboration with local actors and ELTA, Philosophy by Litsas Hatzopoulou on “Fighting in Crete in May 1941. The Chronicle and the History of an Imaging”. There was also an official presentation of the stamp issued by ELTA upon our proposal and a stamp exhibition on the Battle of Crete as well as Crete in general. This event has been widely acknowledged as a huge success, and the postage stamp is sent to friends of the Museum around the world along with the first day of the release file we had released. His acceptance by the Philadelphian audience was great.

In addition, after our proposal, OTE has released a phonecard which on the front side has our first day of circulation that has been created by our Museum. This phone card has a great collectible value and the corresponding collectors got it on the same day. Also, on 15 May we participated again at the European Museum Night organized for the seventh consecutive year. 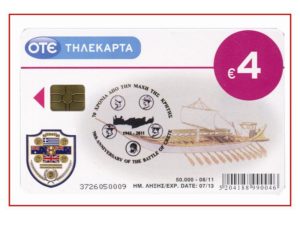