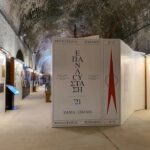 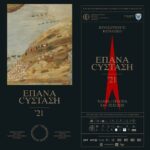 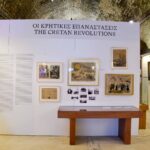 In the context of the excellent relations and cooperation of the Maritime Museum of Crete with the National Historical Museum of Greece, we are in the pleasant position to welcome the temporary exhibition “ΕΠΑΝΑCYΣΤΑΣΗ 21: Chania” at the Shipyard of MORO. The Maritime Museum of Crete is one of the 11 regional Museums of the “Initiative 1821-2021”, participating in the Anniversary Program “ΕΠΑΝΑCYΣΤΑΣΗ ΄21” with the ultimate goal of honoring the 200th anniversary of the Greek Revolution. The opening of the exhibition will take place on Saturday 05 June, 2021 at 20:00 with speech and greetings from representatives of the co-organizers. It will last until October 2021. Throughout the exhibition, all the health rules that the State has established against Covid 19 will be observed.

The exhibition will present authentic relics of the Struggle from the rich Collections of the National Historical Museum of Greece as well as documents from the Archive of Historical Documents of the Historical and Ethnological Society of Greece. Their presentation is enriched with digitized visual material (video). Following the historical course of Hellenism from the end of the 18th century until 1830, it aspires to highlight the ideas, causes, persons, events and results of the Independence Struggle. At the same time, it seeks to highlight the Cretans’ efforts to shake off the Ottoman yoke and unite with Greece, which began in April 1821 and continued until 1913. The exhibition follows the structure of the central exhibition of EIM in Athens and includes seven sections. 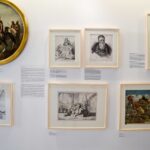 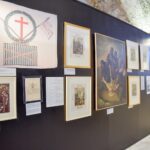 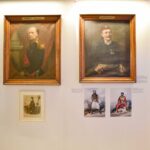 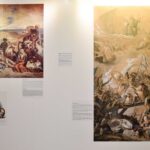 First section: Recording of the international situation before the outbreak of the Revolution.

Second section: Revolution in Peloponnese and Central Greece and development of the Struggle in Crete.

Third section: The key role played by the struggle at sea for the positive outcome of the Revolution.

Fourth section: The Revolutionary Society and the role of medicine in the Struggle.

Fifth section: The international radiation of the Race presenting important Philhellenes, who actively participated in the Struggle.

Sixth section: The political and diplomatic developments up to the time of Ioannis Kapodistrias and the efforts of the Cretans for the organization of the Revolutionary institutions and committees.

Seventh section: The revolutions of the Cretans throughout the 19th century but also their desire and persistence for integration-Union with Greece.

Also presented are relics of part of the personal collection of the Vice-Regional Governor of Crete, Department of Transport and Communications Mr. Konstantinos Gyparis.

This exhibition is estimated to be a very important cultural event of this summer for our city. 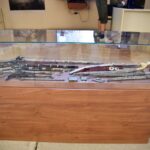 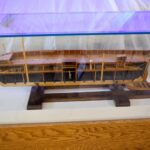